The Most Expensive Car Keys In The World!

Vehicles are expensive items. This much is true. Most people have come to accept the fact that buying a car requires financial sacrifice. After all, a lot of work goes into making a car, and the various parts used to construct the car cost money.

While most people understand and even expect the expense that cars attract, very few individuals give such leeway to expensive car keys, of which there are many.

+The most Expensive Car Key in the World

The most expensive car keys in the world boggle the mind. The idea of spending hundreds and even thousands of dollars, not merely on the car, but the car key on its own just doesn’t compute for most people, and for good reason.

Car keys have always been relatively inexpensive items, purposed towards opening doors, setting alarms and starting vehicles. The recent proliferation of ridiculously expensive car keys can be blamed on the new trend by some minds in the automobile industry to amalgamate cutting edge technology with expensive jewelry, packaging the result inside car keys whose value exceeds that of entire cars, some contenders for the most expensive car key including the following:

The Swarovski crystal key is something to behold, a key fob that has been studded with crystals. This particular key is made-to-order, so you shouldn’t expect to find one lying around your local mall. What sets the Swarovski key fob apart is the genuine Swarovski crystals that encompass its entire length.

The key is customizable, available in crystals of different colors. If you want to enjoy the pleasure of using this key, you must be willing to part with an estimated $500.

You cannot really expect a supercar like Pagani to have an ordinary car key. For a vehicle like the Pagani Huyara, you need something special, a key crafted from the same metal as the car and encased in a metallic shell designed to mirror the appearance of the supercar it opens.

This particular key breaks into two parts, with one-half holding the key while the other section hosts a USB flash drive. For a car that costs more than a million dollars, you will have to part with no less than $3,700 to use this amazing key.

This is truly unique as far as expensive keys go. With Gumbert Apollo, what you have is a key that isn’t a conventional physical key but a fob that you can store in your pocket.

Built from the finest leather (which accounts for the ridiculous price tag), this is one beautiful key, boasting silver and gold paneling. The key, which can split into two, plays host to an inbuilt remote control for the vehicle.

The $7000 price tag for this key will probably shatter the understanding of most normal people, yet this is hardly exorbitant when you consider the amount of money you have to spend on the actual car.

Bentley’s diamond key is amazing. The Bentley on its own is the sort of luxurious car that tends to hold people in its thrall. The vehicle’s diamond key only complements what was already an amazing car, essentially completing the package.

You cannot help but swoon over this rare accessory, designed to represent exclusivity and class. When you handle this key, you are handling over a hundred diamonds scattered across the key’s surface. This is a 1.09carats key with a price tag of $7,895.

The key is well worth the price, a perfect complement to the Bentley. 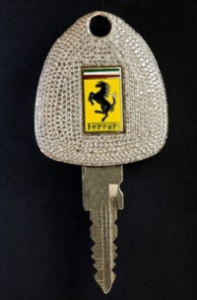 The reason the bejeweled Ferrari key is so widely renowned comes down to its simplicity. This is just a traditional key. There is no voice-recognition system, no advanced technological mechanisms integrated into the key.

The Ferrari key is just that: a key. It just so happens to have over a thousand diamonds encrusted upon its surface. With a $23,147 price tag, few people have had the pleasure of handling this key.

Of course, impressive as the Bejeweled Ferrari key might appear, it pales in comparison to the Aston Martin AMV0X2. This is a key like no other, a key integrated into a watch with a sapphire surface and various other features. At $34,000, this is the most expensive key in the world, its beauty and technological properties putting every other key to shame. 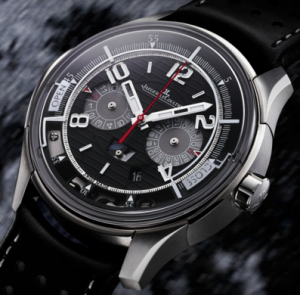